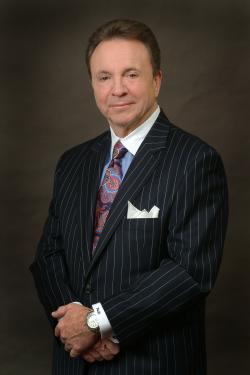 Perry de Marco, Sr. has been a Philadelphia Criminal Defense lawyer for thirty-nine years. He was born in the Overbrook section of West Philadelphia. He attended St Thomas More High School located at 47th and Wyalusing Ave., where he first acquired the street smarts which have greatly enhanced his career as an attorney. He then went on to attend Villanova University, where he earned a Bachelor of Arts Degree in Political Science in 1972. After graduating from Villanova he was admitted to The Widener University School of Law where he earned his Juris Doctor degree in 1975.

Mr. de Marco, Sr. has dedicated his legal career to defend the Constitutional Rights of his clients in both Civil and Criminal cases. He is a premier Criminal Defense attorney. He has tried hundreds of cases in both the State and Federal Court System. Throughout his practice Perry de Marco, Sr. has won acquittals in many celebrated Criminal Cases. His clients have included Doctors, Police Officers, Politicians, Judges, and Businessmen.