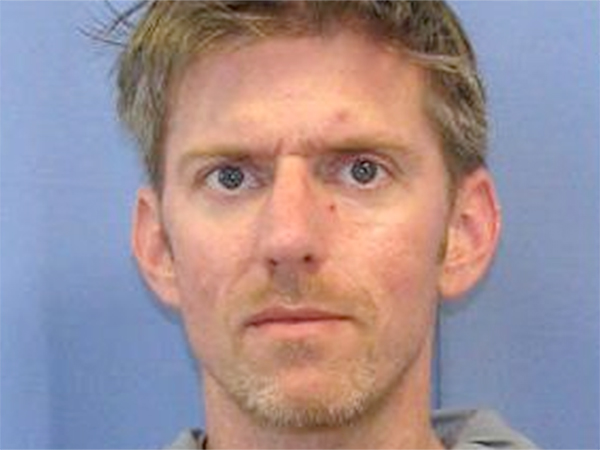 Court records show that Scott Bernheisel (above), who was living on Wilder Street near Second Street in the Pennsport section of South Philadelphia, was on four years' probation for a 2013 guilty plea to drug charges.

Thomas Brennan wasn't shy about discussing why he was in a Philadelphia prison in June.

On Tuesday, two of Brennan's former cellmates were on the witness stand telling a Philadelphia judge that Brennan, 25, admitted killing Scott Bernheisel, packing his body in a suitcase, and dumping it in a weedy area near Philadelphia International Airport.

That was enough for Municipal Court Judge David C. Shuter to order Brennan held for trial on charges including murder, robbery, conspiracy, and abuse of corpse.

As for why Brennan allegedly bludgeoned the 40-year-old with a dumbbell and slashed his throat, Brennan's former cellmates told slightly different stories.

Sean Rodgers, 23, said he was in the same cell with Brennan early June 8 as both waited to be arraigned at Police Headquarters.

"He told me he had an altercation with his drug dealer, which led to the demise of previously stated drug dealer," Rodgers testified.

Rodgers, who was arrested for driving under the influence, testified that Brennan told him that Bernheisel pressured him to help sell methamphetamines, and when Brennan said no, Bernheisel made sexual advances and offered to trade drugs for sex.

Rodgers said Brennan said Bernheisel became angry and hit him in the chest with a dumbbell, but he wrestled it away and hit Bernheisel twice in the head. Then, Brennan said, he stabbed Bernheisel in the throat to "make it look like a Mafia hit."

Court records show that Bernheisel, who was living on Wilder Street near Second Street in the Pennsport section of South Philadelphia, was on four years' probation for a 2013 guilty plea to drug charges.

On May 28, a man walking his dog on Second Avenue near Fourth Street in Tinicum, Delaware County, discovered a foul-smelling suitcase and called police. Bernheisel's body was inside.

Another Brennan cellmate, Eric Konewal, 37, testified that he was awaiting trial for aggravated assault when both were in the Curran-Fromhold Correctional Facility. Konewal's story matched Rodgers' except for the alleged sexual overtures.

Both witnesses testified that Brennan's behavior in custody was odd. Rodgers said Brennan punched out a ceiling tile and tried to escape by crawling through the suspended ceiling. Guards heard the noise and forced him down.

Konewal said Brennan told him he "was in for the 'suitcase murder' " and joked about trying to dispose of Bernheisel's body, first by dismembering it - it was too difficult - and then by stashing it in a closet at the Wilder Street house.

But after a few days, the odor became too strong, and, Konewal said, Brennan and his girlfriend found a suitcase, packed up the body, and dumped it near the airport.

On June 7, police arrested Brennan and girlfriend Crystal Leibhart, 27, in Lancaster at the home of one of his relatives. She is in custody and awaiting trial on charges involving robbery, conspiracy, and obstruction of justice.

Assistant District Attorney Gail Fairman said police believe Bernheisel was killed in the Wilder Street house on May 15. Police later interviewed another resident of the house, who said he last saw Bernheisel on May 14, and recalled that Bernheisel had introduced him to Brennan, who also stayed there periodically.

Defense attorney Perry de Marco Sr. said the witnesses were also consistent on another issue: "This is a self-defense case. The decedent initiates the aggression in every version."